No. 4 South Florence girls repeat as Region 6-4A champion 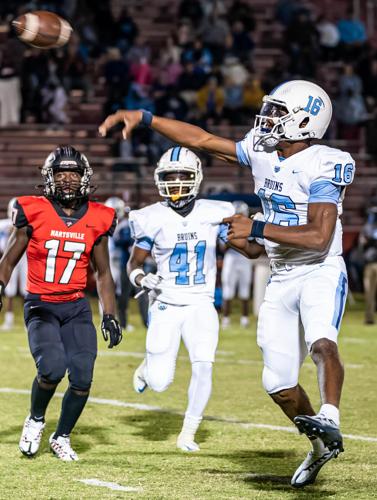 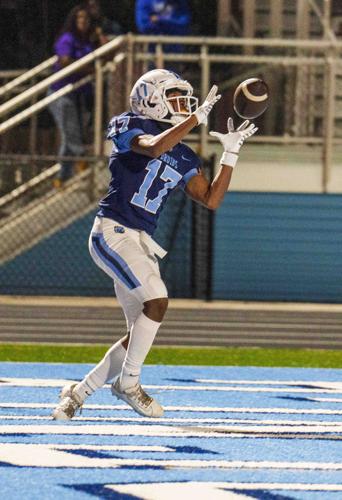 South Florence’s Jayden Sellers catches a wide-open touchdown pass from his older brother, LaNorris, during one of the Bruins’ wins this season.

FLORENCE, S.C. – It seems like yesterday when LaNorris Sellers threw passes to his younger brother, Jayden, in their backyard.

That, their opponents don’t find quite as funny.

LaNorris is now a senior and finalist for South Carolina’s Mr. Football. The Syracuse commit and Shrine Bowl selection has accounted for 2,688 passing yards and 40 touchdowns this season while also rushing for 1,146 and 21.

“You wouldn’t know they are brothers; they have two very different personalities,” said Drew Marlowe, South Florence’s coach. “LaNorris is quiet and reserved, usually pretty calm and collected. Jayden is funny and has a lot of personality and talks sometimes too much. But the way they play together on the field has been special for us this year.”

After not getting to be teammates in rec football or middle school because of their age difference, this is the Sellers brothers’ second season as teammates.

And they’re making the most of it.

“It’s just us taking it from the backyard to the big stage,” LaNorris said. “That’s how we think about it, nothing too different.”

Their big-play capability for the top-ranked Bruins follows in line with their father, Norris, a former Bruin standout linebacker.

Just think of all the fun Norris is having while watching all this.

As is the case with most things in life, that first time accomplishing something is always the most special. Take last year’s game at Irmo when the Sellers brothers connected for their first passing touchdown as Bruins.

“That was really emotional for our dad,” Jayden said.

“We had been practicing it, and we were told it would pop open because (Irmo) was in (man-to-man coverage),” LaNorris said. “And he ran the route and it opened up, and that’s what we were expecting and it happened.”

The post-play celebration, however, did not go quite as planned after LaNorris was tackled while making the throw.

“I was really happy and tried to celebrate with him, but he was on the ground,” Jayden said.

Their bond goes beyond the playing field. And it is based in a competitiveness in whatever they do.

They can even be playing a Madden video game, with Jayden choosing the Carolina Panthers.

“I could really play any team against him,” LaNorris said, laughing. “Yeah, I’d win. I’d say we’re very competitive, more competitive than we should be. Everything winds up being a competition in some way, somehow.”

But on the field, they’re in perfect harmony.

“You can tell Jayden grew up catching LaNorris’ passes,” said Marlowe, whose Bruins play third-ranked Northwestern for the 4A championship at 7 p.m. Saturday at Charlie W. Johnson Stadium. “It took other receivers a while to get used to the velocity he throws with and how far he throws. But you can tell Jayden has been doing it his whole life.”

“It’s always a flatline ball coming towards me; it doesn’t move,” Jayden said.

The Sellers brothers won’t fully realize until they’re older how special it was to be on the field together. For now, they have one more game – their biggest one ever.

Jayden talked about the need to beat the cornerback Saturday. LaNorris then stressed the importance of taking what the Trojans give them.

“Don’t move too fast or think too much,” LaNorris said. “Just play ball.”

But what if they’re on the same team again one day – maybe in college?

Syracuse also offered Jayden this past summer. For the Sellers family, this would be another dream come true, whether it’s at Syracuse or any other college.

“It would be really cool for us to be on an even bigger stage,” LaNorris said. “That would be a great experience for us.”

South Florence’s Jayden Sellers catches a wide-open touchdown pass from his older brother, LaNorris, during one of the Bruins’ wins this season.