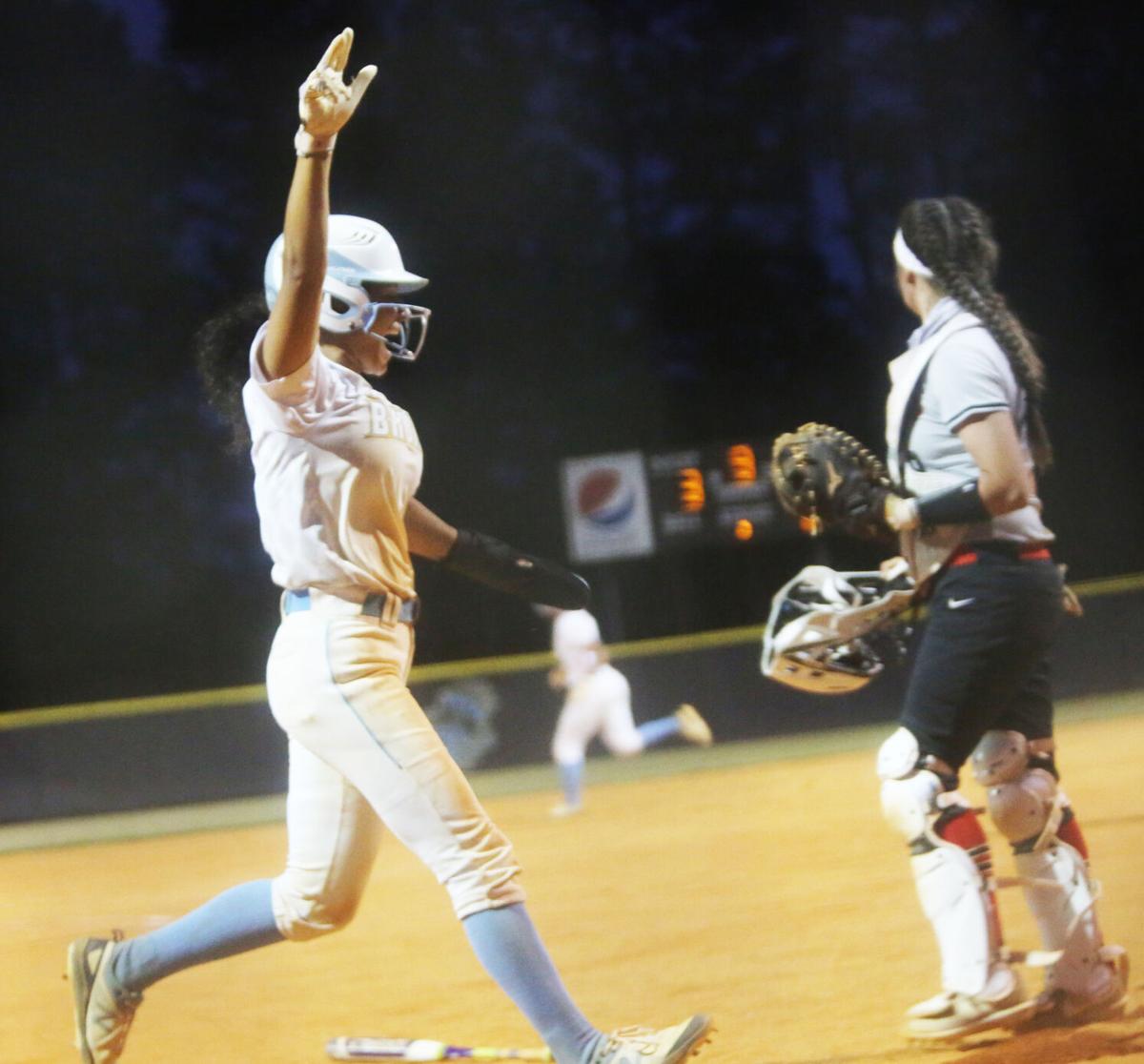 Angelle Siders scores the game-winning run Friday in the bottom of the ninth inning as Gracelyn Flowers' RBI lifted South Florence to a 4-3 victory over Hartsville. 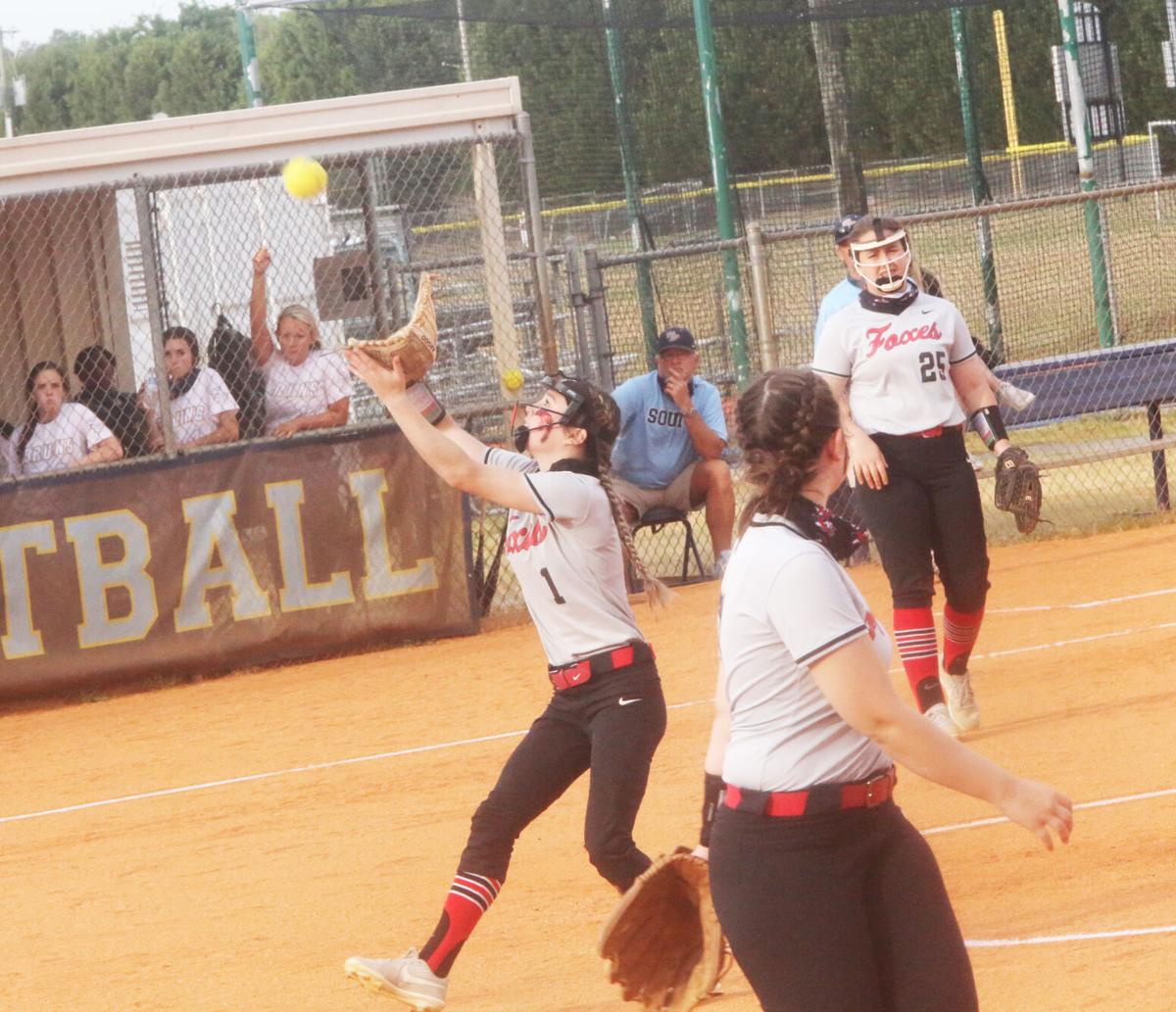 With international tiebreaker rules in effect, Gracelyn Flowers drove in Angelle Siders from third with a perfectly placed ball down the right field foul line as the Bruins earned a 4-3 victory over Hartsville on Friday.

South, which lost to the Red Foxes in similar fashion on Tuesday, improved to 4-2 in Region 6-4A play while HHS fell to 7-1 with its first region loss of the year.

Flowers’ knock came as a welcome relief as the Bruins were unable to get the big hit they needed in three of the previous four innings. Each time, SFHS had a runner on second with one out but failed to score. Katie Catoe was on second twice during that span after doubling each time. She finished with three hits.

But by not pushing across another run, it allowed the Red Foxes to rally from a 3-1 deficit to force extra innings. Cayden Thompson’s solo homer in the fourth brought Hartsville within 3-2. Thompson also came through with the big RBI single in the sixth that plated the tying run.

HHS had a chance to push home a run of its own in the top of the ninth, but a great throw from SF center fielder Larissa Siders on a shallow flyout cut down the runner at home to keep the game tied.

South scored three unearned runs in the first three innings thanks in part to pressure by the top of its lineup. Angelle Siders reached base both times – first on a throwing error and then on an infield single. Larissa Siders bunted for a base hit in the third and both scored on different Hartsville errors later in the inning.

Delaney Timmons had the other big hit for South as her two-out RBI single in the first gave the Bruins an early 1-0 lead. The Red Foxes tied the game in the top of the third when Avarie Easters singled home Chelsea Ghoens with two outs. Ghoens had started a rally with a two-out double.

Both pitchers went the distance. Alyssa Poston struck out eight for Hartsville and allowed nine hits. Peyton Perry scattered six hits and struck out three for the Bruins.

FLORENCE, S.C. − Gracelyn Flowers drove in the game-winning run in the bottom of the ninth inning as South Florence claimed a 4-3 victory over…

Angelle Siders scores the game-winning run Friday in the bottom of the ninth inning as Gracelyn Flowers' RBI lifted South Florence to a 4-3 victory over Hartsville.