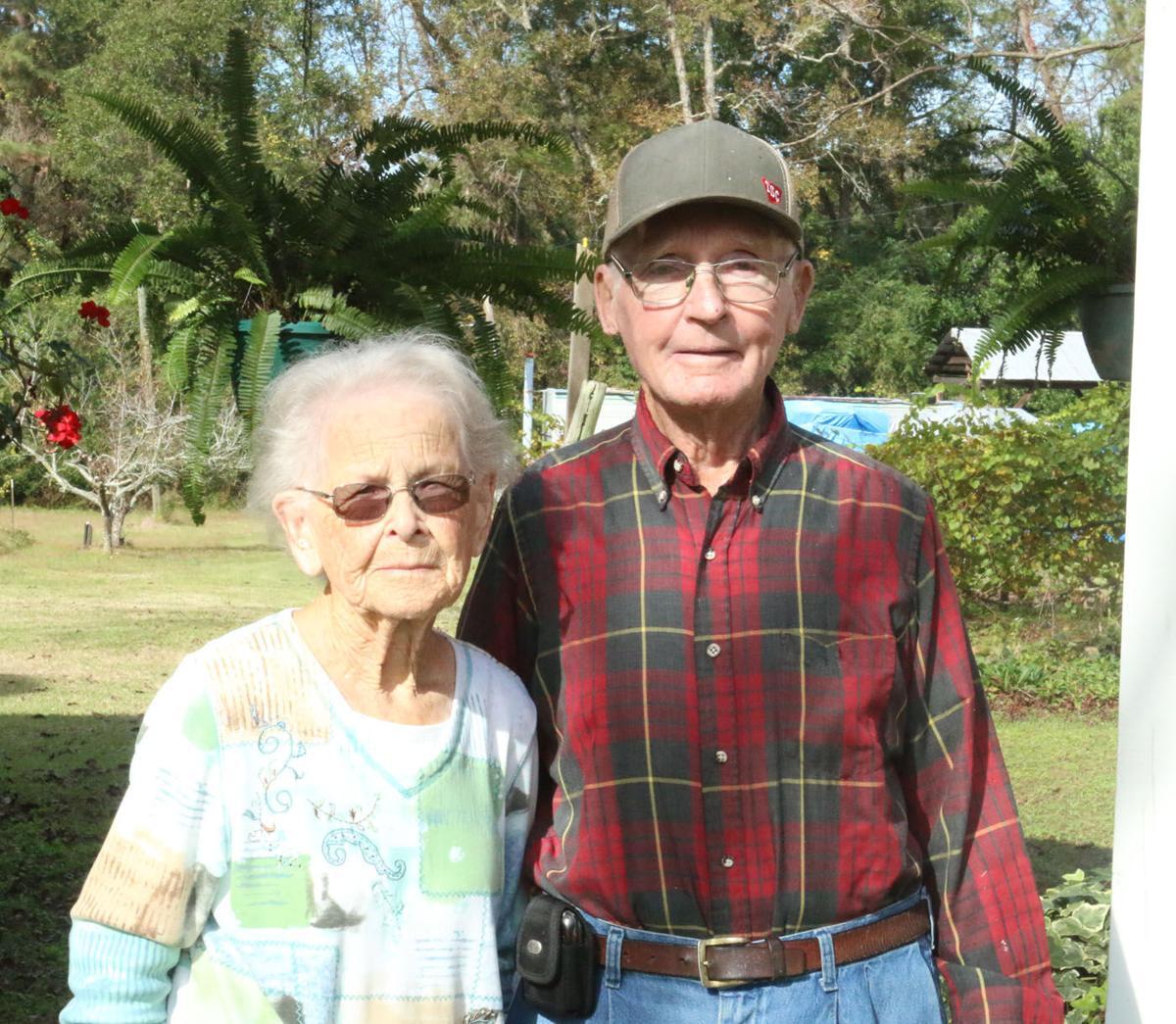 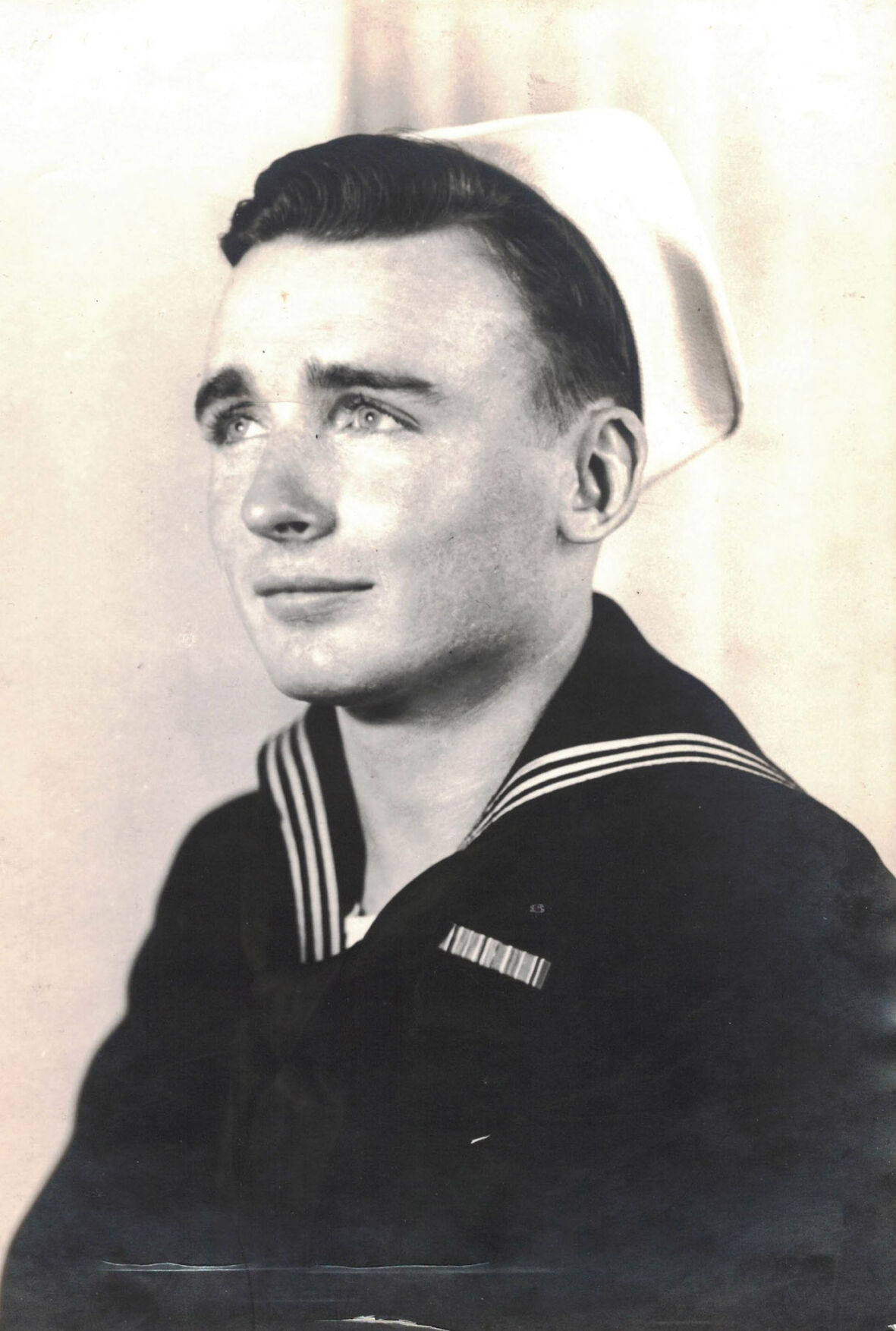 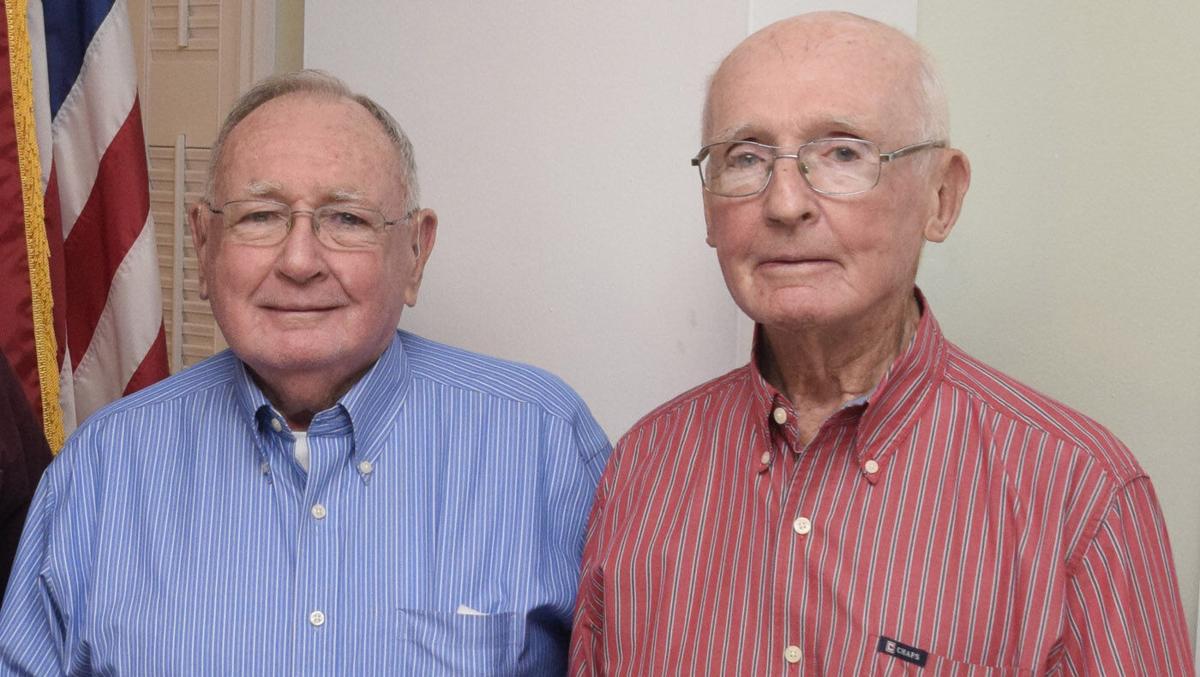 C.P. Mincey (right) and his brother Euel Shelley pose at Nichols American Legion Post 82 in 2019. Mincey is a World War II veteran while Shelley served in the Korean War.

NICHOLS, S.C. — At 94 years old, retired farmer and barber C.P. Mincey can still recall the days he described growing up as a “poor farmer” just outside Nichols near Green Sea Floyds. Shortly after graduating Floyds High School in 1944, Mincey was drafted into World War II and volunteered for the U.S. Navy.

“Back during the Great Depression, they called a lot of people by their initials,” Mincey said. “Our mother died when I was 14 months old and my brother was 8 days old. I served in World War II and he served in the Korean War.”

In a span of two years, Mincey went from being a small-town teenager to a wartime U.S. Navy sailor crossing the Atlantic Ocean with lurking German submarines as a gunner, becoming a married man and traveling through bustling cities.

C.P. married Betty Mincey a few months after joining the military. The couple celebrate their 76th wedding anniversary this week.

“I thought I’d like to be in the Navy and not the infantry,” he said. “I finished high school in the spring and then helped my dad with the crops before leaving around September. Back then you was drafted or you volunteered.”

Mincey said he was part of the armed guards units that provided defensive firepower to merchant ships in convoys that carried supplies.

“We manned the guns,” he said. “The North Atlantic is rough all the time. When you go down in a swell, you see nothing but a mountain of water, and when you’re on top of the swell, you can see everything. The ship would go over so far, you’d wonder if it’s going to make it, but it will straighten up to keep from turning over.”

Mincey said the escort groups and merchant ship convoys would be as many as 90 ships.

“It took 14 days to cross the Atlantic,” Mincy said. “On the way back, we got in a heavy storm and we couldn’t use any lights, so the night would be extremely dark. The next morning we had lost the whole convoy.”

“We had to take a zig-zag course so that submarines couldn’t get a good shot at you, and of course we had destroyer ships circling us,” he said. “There were so many sunken ships in the English Channel.”

Mincey said he could hear the depth charges detonating in the waters.

He and his crew docked in Antwerp, Belgium, shortly after the end of the Battle of the Bulge, one of the largest and deadliest battles in U.S. history. His wife’s brother was killed by a sniper while C.P. Mincey was with the convoy.

“People in Antwerp had money and nothing to buy,” he said. “All the shelves were empty. It was terrible with all the buildings torn down. You would just see a wall, nothing else.”

The campaign was a critical victory for Allied forces and a catastrophic loss for Germany as forces began to surrender in late April and early May 1945.

Bombs were still dropping while Mincey was there.

“The Merchant Marines were real nice to us,” he said. “They let me steer the ship some, and I was 18 then. That was fun and something I couldn’t have imagined.”

Mincey said he recalls returning to Canada and coming back down with another convoy to Boston.

“One night one of our tanker ships nearly knocked me out of my bunk running into the side of us and causing a big hole we had to get repaired in New York. You can imagine this country boy, never been no further than Tabor City and going to New York City. Seeing Times Square and going to the movies was quite an experience.”

Mincey said people in the city treated those in military service very well and with helpful hospitality.

“They had volunteers at the train stations that helped the service people on how to travel,” he said.

Mincey even managed to catch a train to Florence to return home and spend the night before the end of his three-day leave. “I jumped on the train and came home without my bag,” he said.

Mincey returned to Belgium with another convoy to unload supplies and was notified the war was over on his way back to American soil.

“When the war was over with Germany, they shipped me cross country to California, where they gave me a carbine rifle to get ready for the invasion of Japan,” Mincey said. “Then I wound up in Hawaii, where I was for eight months ,and then they dropped the atomic bomb.”

Mincey was spared what could have been a brutal war experience invading the island nation.

Mincey was discharged eight months later. A a storm followed his gun boat trip from Hawaii to San Francisco. He then rode a bus all of the back to South Carolina.

“I was too young to be afraid,” Mincey said of his experience. “It was an adventure.”

After his wartime service, Mincey was invited by his dad to farm. He then quickly transitioned to become a barber, making use of his background cutting the hair of fellow sailors while away from home.

Betty Mincey said he would be busiest on the weekends.

Mincey went back into farming, even becoming a South Carolina Soil Conservation Commission District commissioner. The Minceys raised three children, who graduated from Mullins High School. Their daughter is a retired educator while one son is a surgeon and the other is a retired engineer.

“We traveled all the time,” Betty Mincey remembers. “When he retired, we took a trip every summer and have been all over the United States and drove to Alaska. Most of the trips we drove by ourselves.”

Mincey still talks about his military times as a member of American Legion Post 82.

Veterans Day is a wonderful time to celebrate those who served and sacrificed, he said.

“A lot of boys from our neighborhood got killed in the war,”  Mincey said. “During World War II, the whole country came together.”

SPECIAL SECTION: A Salute to Veterans

C.P. Mincey (right) and his brother Euel Shelley pose at Nichols American Legion Post 82 in 2019. Mincey is a World War II veteran while Shelley served in the Korean War.